Information and resources to help ensure safety of players

Resources for leagues and clubs 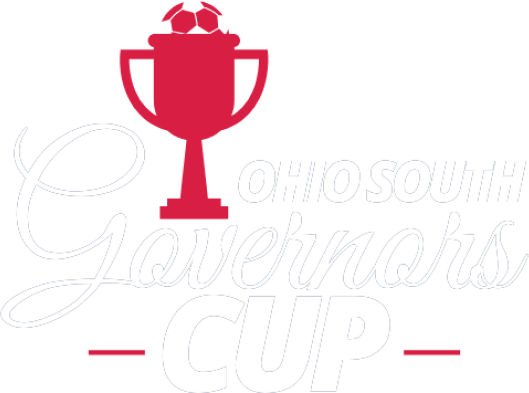 A tournament for those seeking a state tournament experience without the commitment to attend Regionals.
Click Here to Register

The Governors Cup is designed as a third state tournament, coinciding with State Cup and Presidents Cup. The event is designed for those teams that seek the State tournament experience, but does not require the commitment of advancement to a Regional tournament.

Part of the membership feedback we have received was that Presidents Cup was a great experience for our teams when it was added as the sister tournament to State Cup in 2010. Over the years, the Presidents Cup has grown in size, however, and so has the relative ability level of many of the teams that enter the event. Accordingly, our membership has requested a new level of a state tournament to accommodate this growth. This event will give a new tier of teams an opportunity to be successful, while at the same time, providing a more equal level of competition for those teams that participate in Presidents Cup and Governors Cup.

The competition will end at the State level and is targeted for those teams that finished in the lower end of their brackets at Presidents Cup, or for new teams seeking that level of competition and desire a season ending State tournament as an experience for their players.

National League, Regional League and State League teams are not permitted to enter this event.

Timeframe: As this is the ‘sister’ tournament to Presidents Cup, this event will be held on the same dates and sites as Presidents Cup, over the course of two weekends in both late April/early May (round robin) and late May (semi’s/finals).

Recommendations: This event is focused on those teams that seek the State tournament experience, but does not require the commitment of advancement to Regionals.

Important Rules: Club Pass players allowed; when more than 16 teams in a bracket, multiple divisions in age groups may be used where warranted by applications; teams may not play up (those teams seeking a higher level of competition should play in Presidents Cup).

More information about Governors Cup can be accessed by clicking the link in the menu to the left.

Please subscribe to text alerts for all last minute field changes, weather delays, and sometimes even traffic re-routes for major accidents we hear about!

Text PRESGOVRR to 81411 to enroll in Text Alerts.

We regularly send updates and information to club admins and teams involved in our Governors Cup event. Below is a list of them for reference:

What is the playing format?

Teams will be put directly into a Round Robin.  Number of games are dependent on the number of teams entered in each age division.  Teams can then advance to the Semis/Finals weekend depending on their Round Robin finish.  Semis/Finals will be played as single elimination.

Are teams seeded and and are all teams accepted?

All teams are accepted into the tournament who meet the league eligibility requirements as long as we receive your registration AND payment in our office by the deadline date.  Some teams may be seeded and then we would do a double blind draw for the remaining teams in the bracket.

What is the maximum number of players that can be on the event roster?

Club pass players may play in Governors Cup as long as they are approved on the team’s event roster.  Players can only appear on one event roster for all State tournaments(State Cup, Pres Cup, Gov Cup).  Players must have an Ohio South player card, be carded to a team within your same club, and cannot be rostered to a GLC or OSSL team.

What paperwork is needed for Governors Cup games?

Teams will submit an event roster through SportsForms for Governors Cup.  Instructions will be emailed to each team for submission through SportsForms.   Ohio South will print the game cards for the event, and distribute them to the referees.  Both teams event rosters  will appear on the game cards.  Teams will only need to bring all player and coach cards to their Governors Cup games.

Can we request our games be moved to a different time and/or location?

We understand that teams and/or coaches may have conflicts for Governors Cup.  Unfortunately, due to issues with field capacity, referee scheduling, and rest time between games, we are not able to honor requests to change times and/or locations during the Round Robin or Semis/Finals.

Who pays the referee fees for Governors Cup?

Referee fees are included in the tournament cost.  Ohio South will pay referees during the Round Robin and Semis/Finals.

Are there refunds if my team decides to withdraw from the tournament?

There are no refunds if your team withdraws after the application deadline.

What is the hotline number to check for field cancellations/changes?

Cancelled due to COVID.